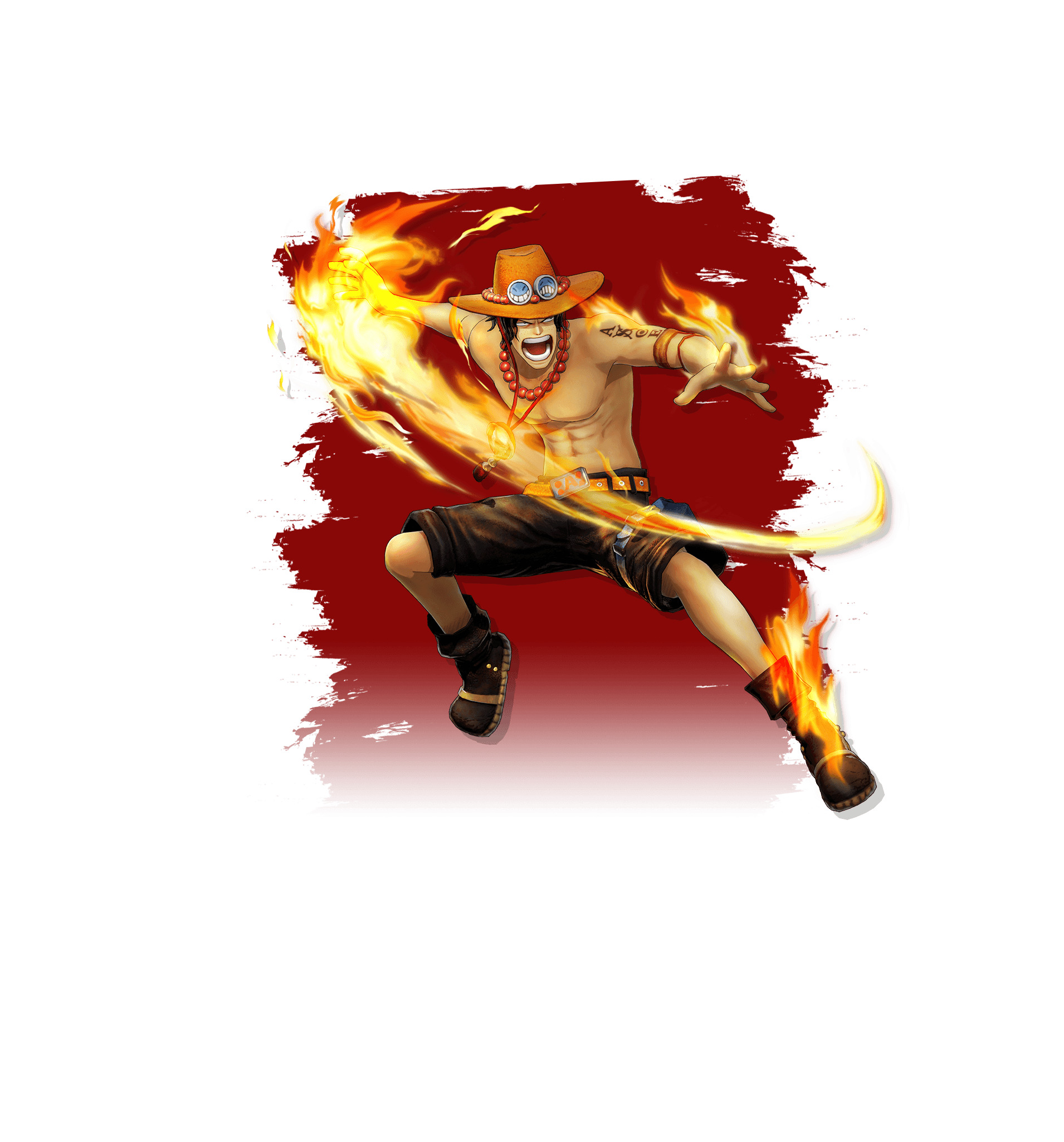 Luffy and Sabo's brother, son of the King of the Pirates, Roger; AKA "Fire Fist Ace." He once led his own pirates, but was defeated by Whitebeard and became the second division commander for Whitebeard's Pirates. He ate the Flame-Flame Fruit, and has complete control over fire. He chased down his former subordinate, Blackbeard, for the crime of killing a crewmate, but was defeated and handed over to the Navy. They decided to execute him in public, triggering the Paramount War.

Ace uses the power of the Flame-Flame Fruit to manipulate flames. Holding the button down powers up his charge attack. Use this skill at the right time to wipe out the enemy with maximum firepower.