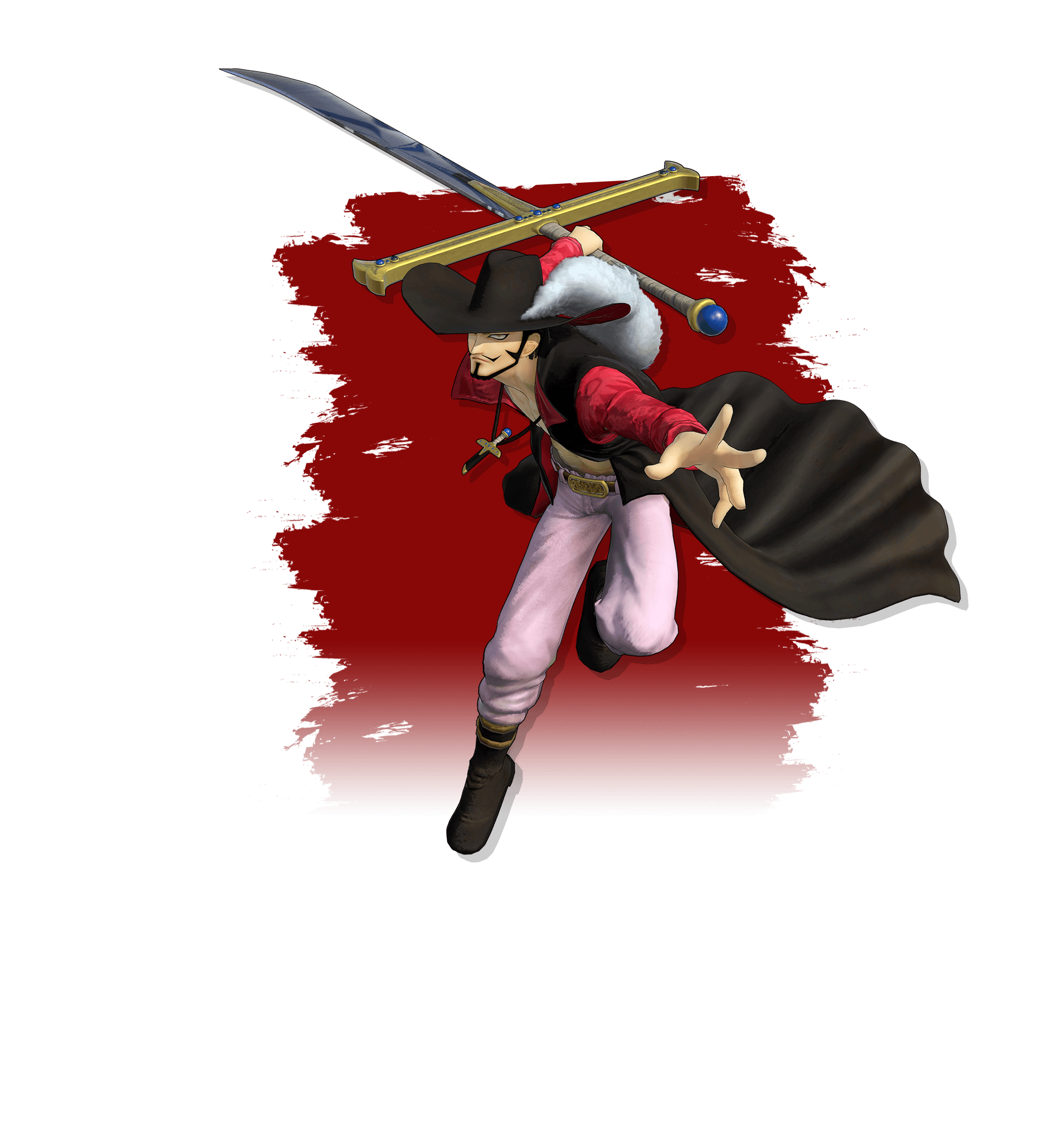 One of the Seven Warlords of the Sea, also known as "Hawk-Eye Mihawk." The man who stands above all other swordsmen in the world. Capable of cutting even a massive ship in two with a single stroke of his sword. In the Grand Line, he destroyed the pirate armada of Krieg's crew, all 50 ships, single-handedly. He says that his reason for doing so was to "pass the time," showing how difficult it is to read his personality.

Mihawk wields a black-bladed sword. He can use to execute continuous, non-stop attacks. As he continues to attack, his sword will begin to glow and there will an opportunity to wipe out the enemy with a powerful attack.