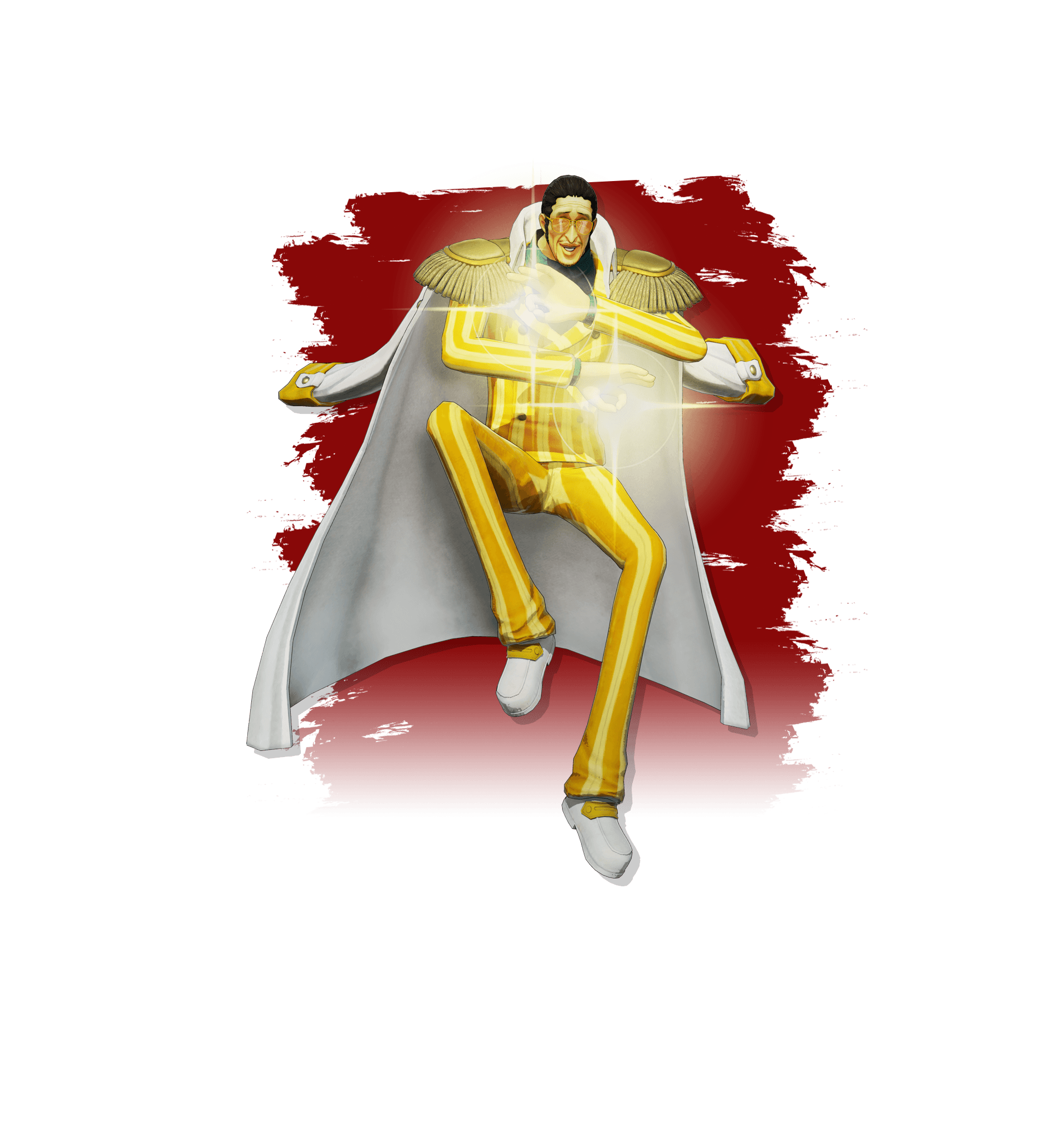 A Navy HQ Admiral, his real name is Borsalino. A power user who ate the Glint-Glint Fruit, he can move and attack at the speed of light. Normal blows or cutting attacks do not work on him. The unit of Pacifista human weapons, led by Sentomaru, is under his command.

Kizaru uses the Glint-Glint Fruit to become a Light Human. He has powerful beam attacks, deals kicks at the speed of light, with distance no obstacle to battle. He can also use his abilities to fly.