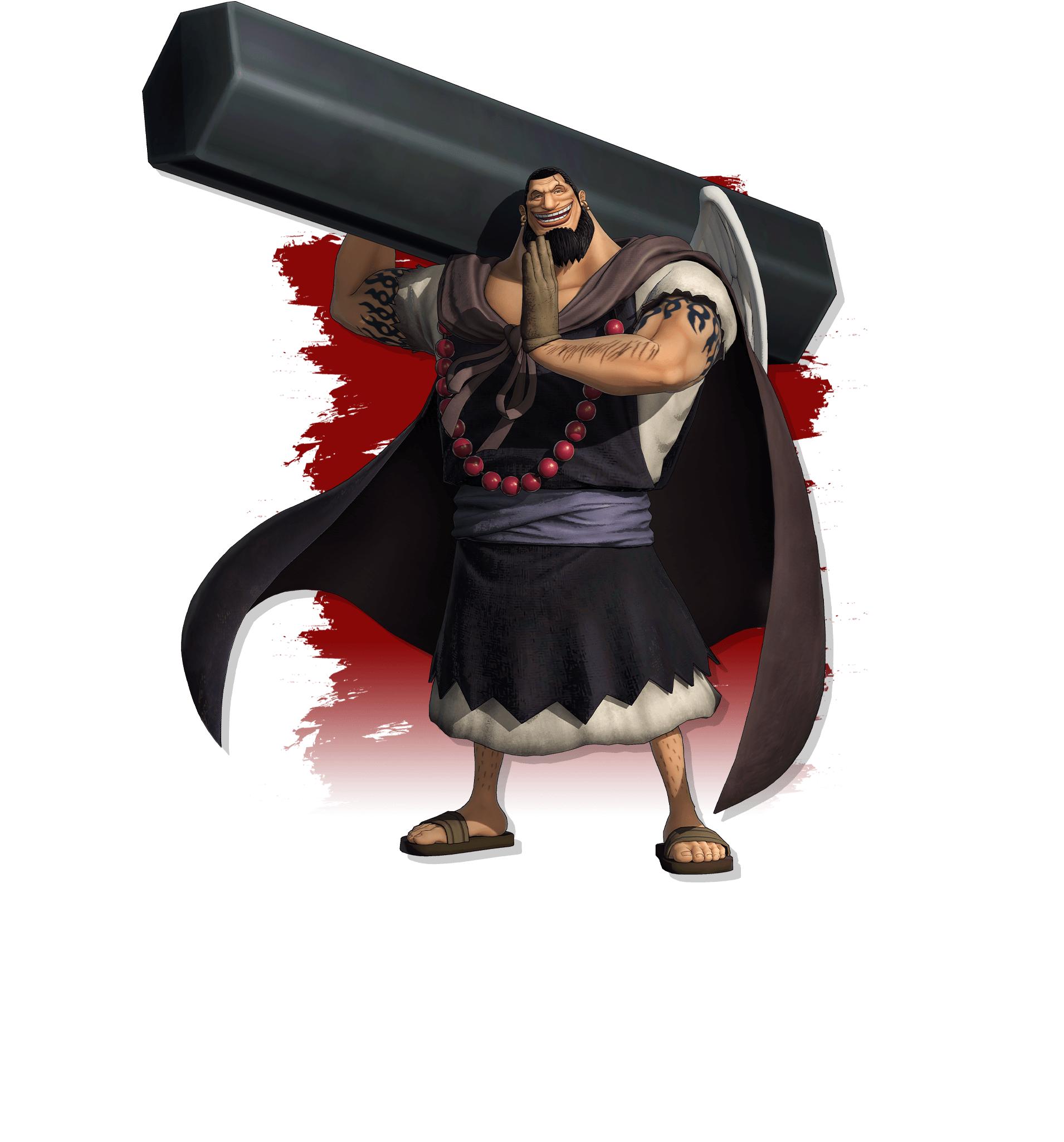 Urouge is a Sky Islander who commands the Fallen Monk Pirates. As a large man who fights with an oversized Kanabo, he is known as the Mad Monk, though his personality isn't as pious as the name might suggest. Like Luffy, he is one of the Eleven Supernovas. His biggest accomplishment: defeating one of the Big Mom Pirates' Four Sweet Commanders.

Urouge is known for his dynamic punches and area of effect attacks with gargantuan weapons. He can Form Change even larger to gain strength on par with a giant!
In addition, any attack dealt to him in his giant form will temporarily boost his attack power!