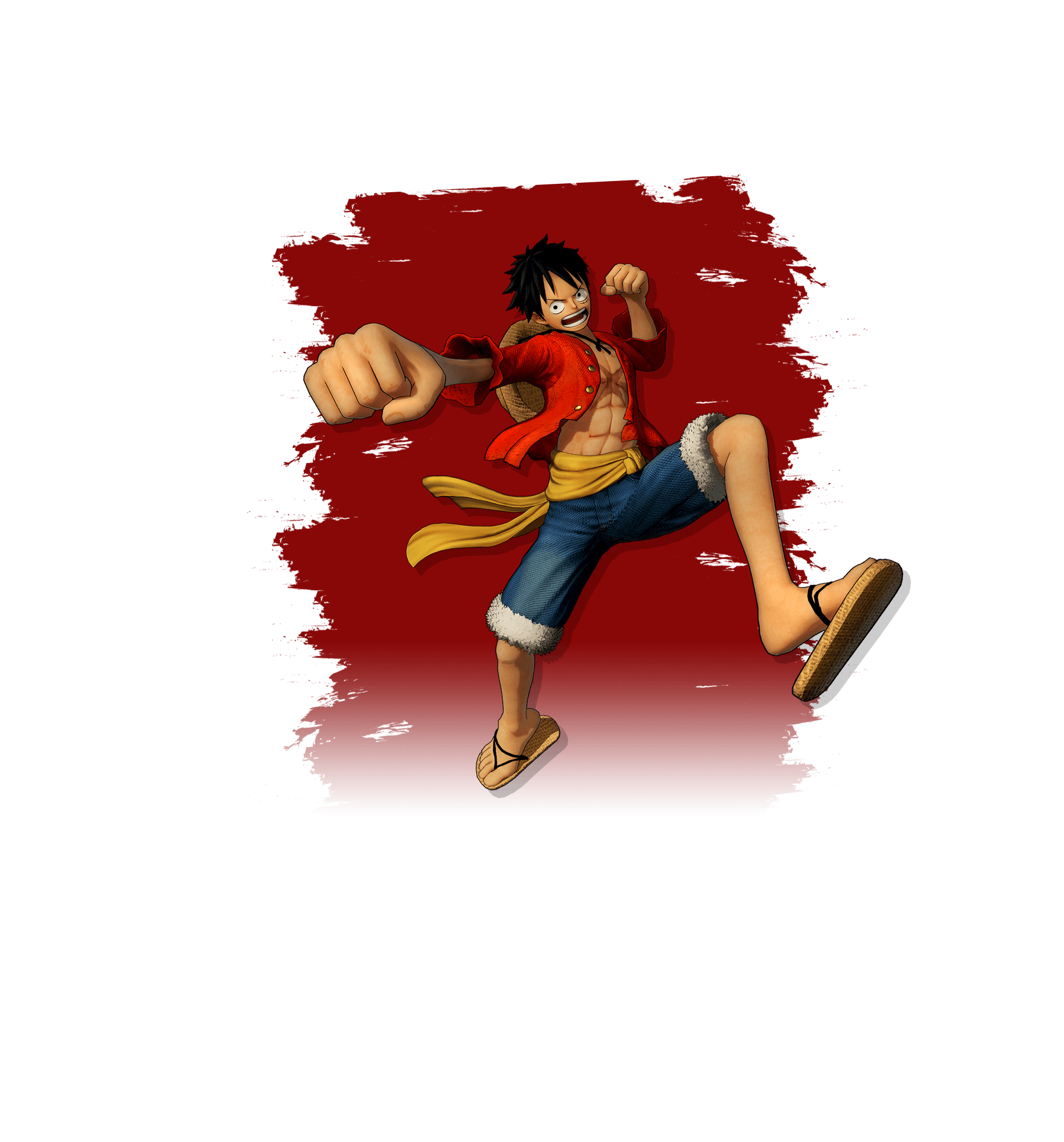 He's gonna be the King of the Pirates!

Recognized by his trademark straw hat given to him by Red-Haired Shanks at an early age, Luffy dreams of conquering The Grand Line to become the King of the Pirates—and he won't let ANYTHING stop him!

As he sails the vast seas, he adds new members to his gang of Straw Hat Pirates. Destination: The Grand Line! After all his adventures and battles against famous foes, he's a big-shot rookie with a 1.5 billion berry bounty on his head!

Luffy is a big eater who loves to feast. While his freewheeling nature may be vexing to some, he believes in himself and his trusted friends above all else!

With Gear Two's high speed attacks and Gear Three's raw power, he can pull off a variety of flashy moves. In contrast to his erratic, rubbery style from two years ago, his moves have since become more stylish and direct.