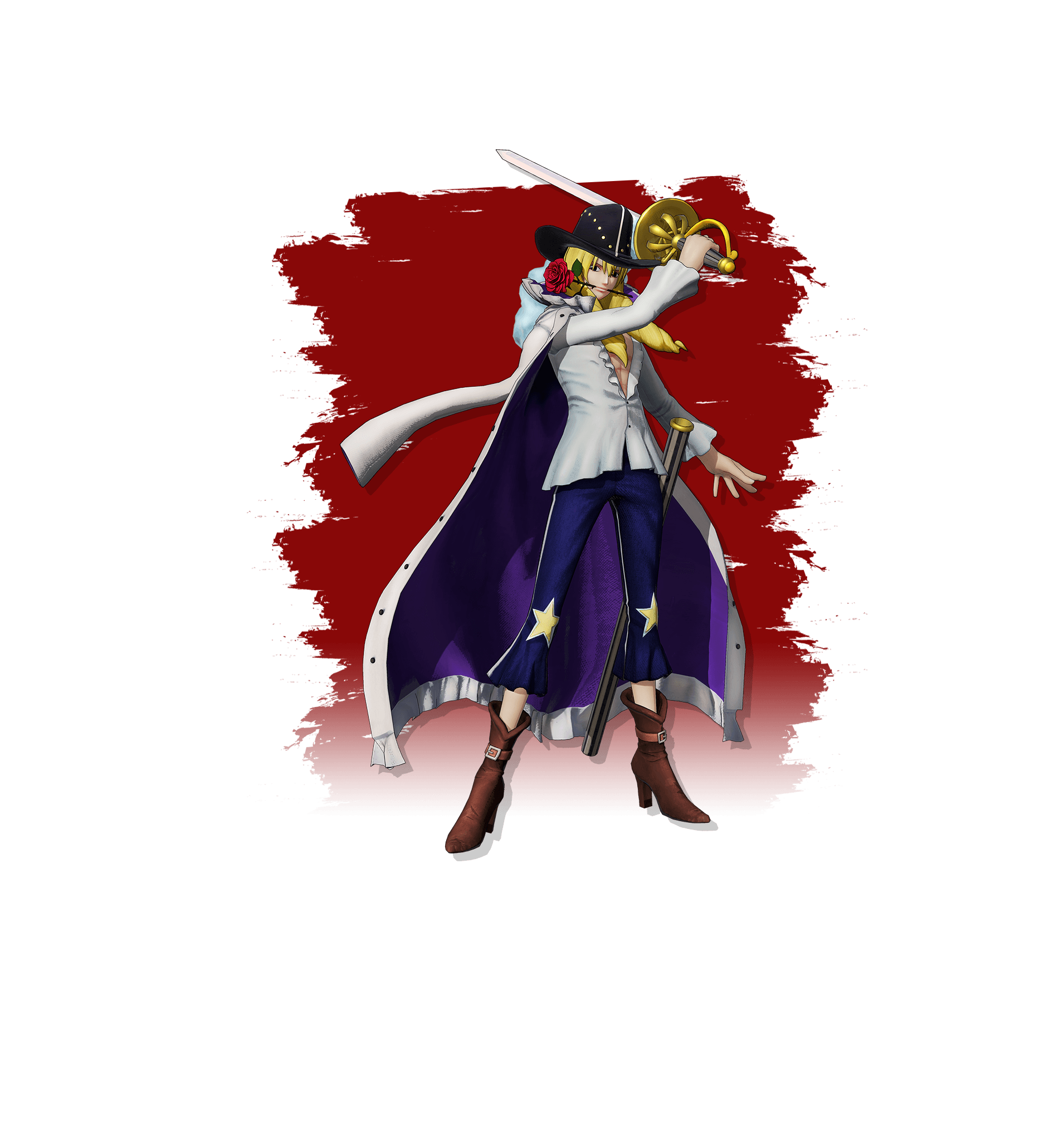 Captain of The Beautiful Pirates. AKA “White Knight Cavendish”. Because of his beauty, he has many female fans. He is egocentric and detests the Worst Generation who cost him his popularity. He suffers from bouts of sleepwalking, and in his sleep a vicious alter ego called “Hakuba” comes out. He met Luffy at the Corrida Coliseum tournament, where he hoped to acquire the Flame-Flame Fruit.

Cavendish is a genius swordsman with the face of an angel. Able to fight both on the ground and in the air using his speed and the long reach of his blade. If he transforms into his alter-ego, Hakuba, he can use his superior speed to slash large numbers of enemies at once.