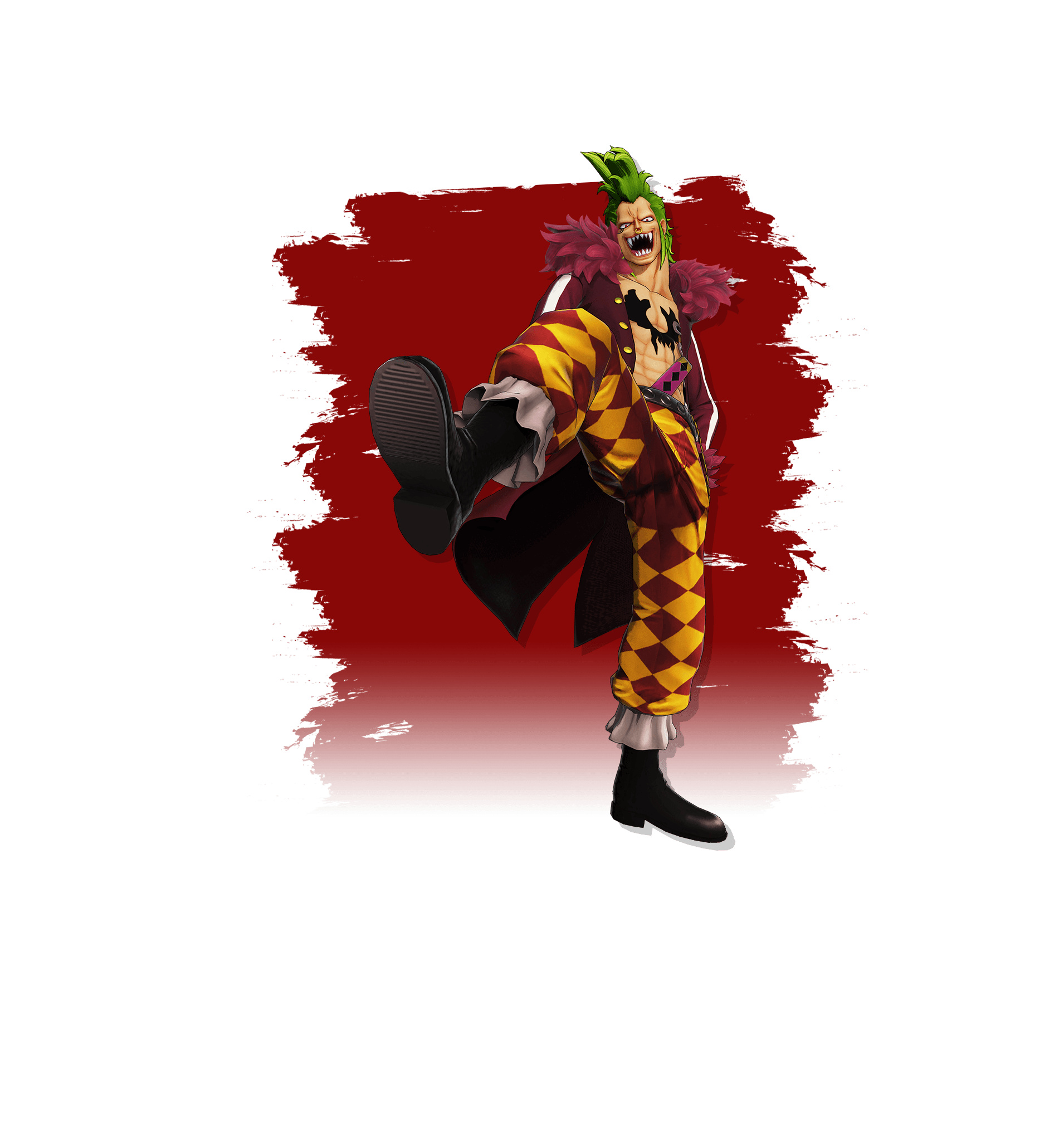 Captain of the Barto Club. His nickname is “Man-Eating Bartolomeo”. His Devil Fruit is the Barrier-Barrier Fruit, capable of creating a barrier that does not allow any attack to get through. He is brutal and cruel, so feared that he is called the “Crazy Rookie” and ranked no. 1 on the “Pirates We Most Wish Would Disappear” list. He joined the Corrida Coliseum tournament for reasons of his own.

As a user of the Barrier-Barrier Fruit, Bartolomeo fights using an ever-changing series of barriers. He fights best by provoking enemies using, before crushing them with heavy damage from.