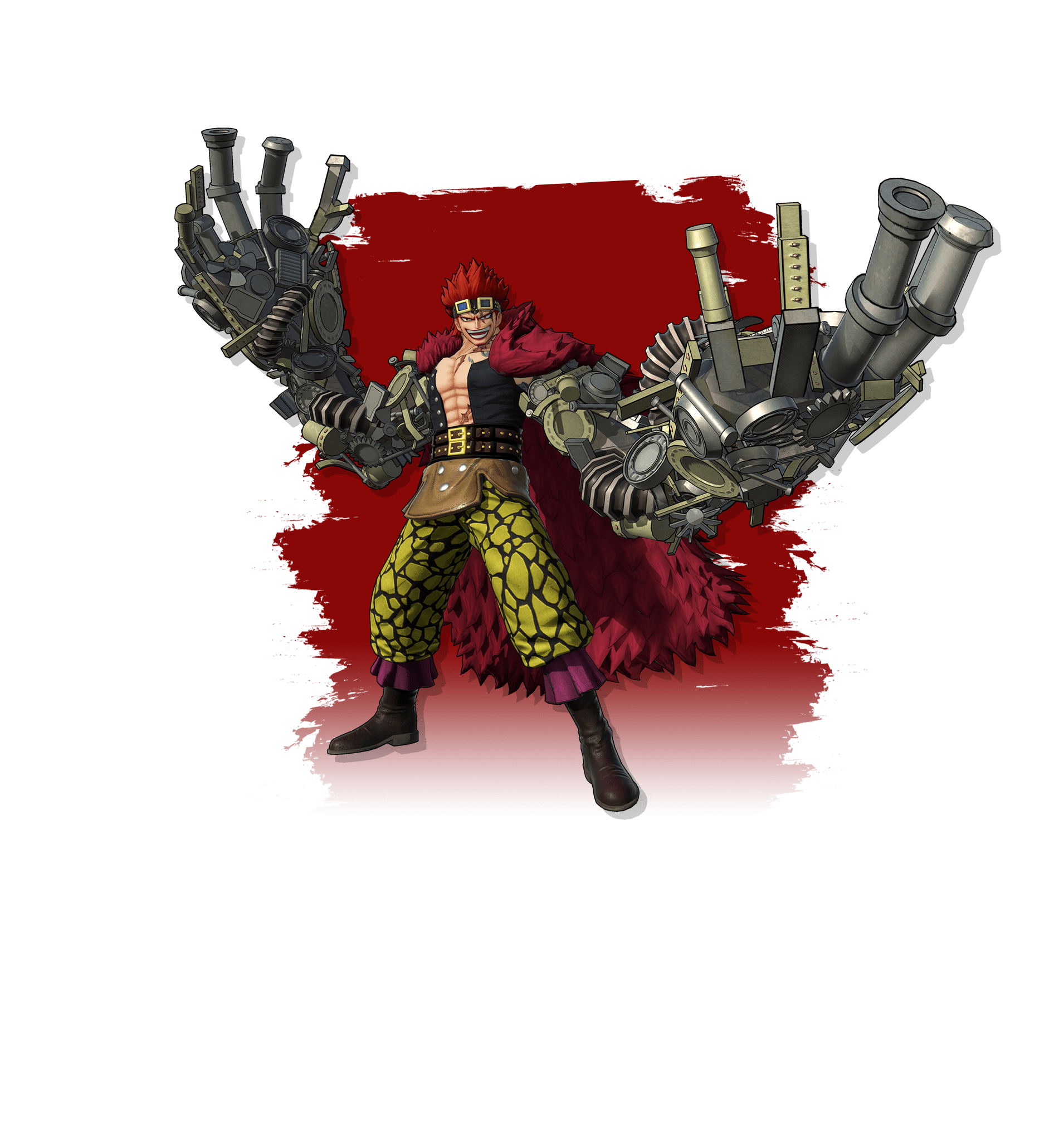 Captain of the Kid Pirates. Commonly known as Eustass "Captain" Kid. Very prideful and violent. His bounty is high even among the Worst Generation, because of his lack of scruples to achieve his goals, even hurting innocent civilians. After the Summit War, he encounters Kaido, who suddenly appeared after he made a name for himself in the New World. He fought Hawkins and others, but was defeated and captured by the Beast Pirates.

Kid can manipulate metal. He can use to gradually collect pieces of scrap and increase the size of his arm, temporarily increasing the power of all striking attacks, and the Repel of an aerial.