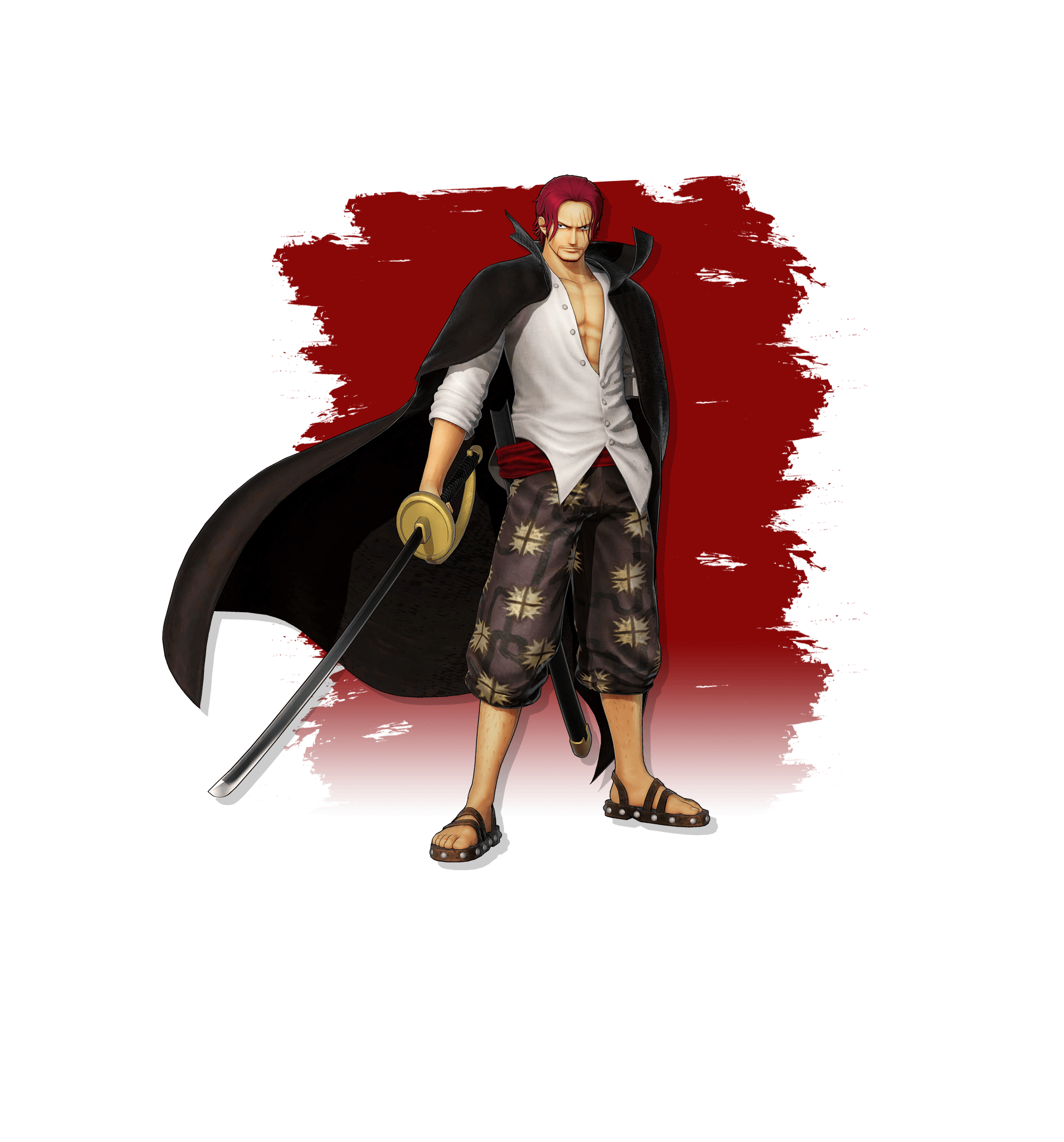 Captain of the Red Hair Pirates and one of the Four Emperors who reign over the New World. He met Luffy as a young boy, who had always been drawn to pirates, and saw Luffy's predisposition before anyone else. He lost his arm saving Luffy, who fell into the sea. At the time of their farewell, he entrusted his straw hat to Luffy and made him vow to become a good pirate and return it to him. Usopp's father is part of his crew.

Shanks is a skilled swordsman and Haki user. Attacks with his terrifying Haki can overwhelm most enemies. Ground-based and aerial can be used to power up his sword attacks until he is able to use Haki.