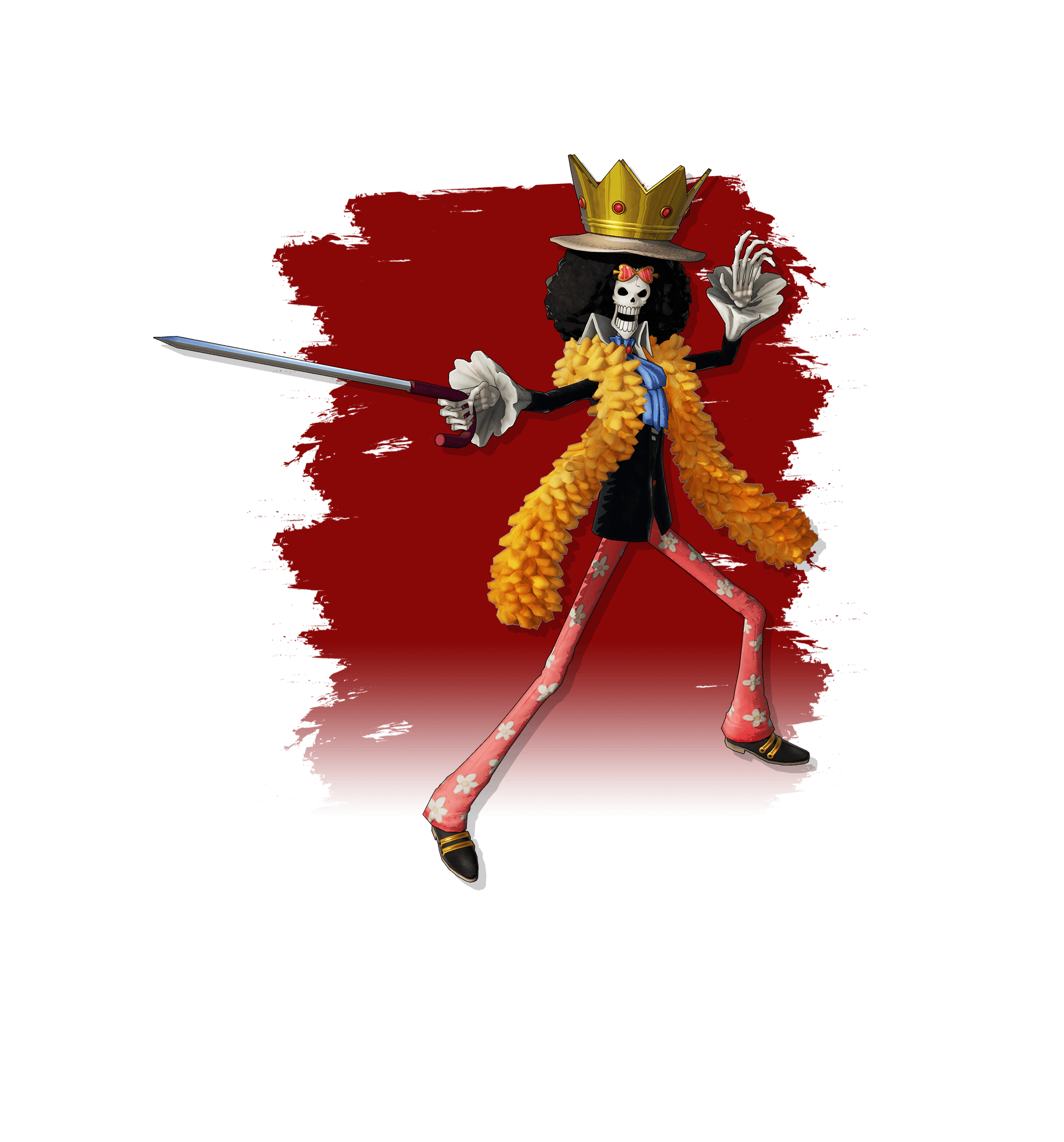 Musician and swordsman of the Straw Hat Pirates, also known as "Humming Swordsman Brook." He was a guard captain in a kingdom in the West Blue before becoming a pirate. He died in combat, but having eaten the Revive-Revive Fruit, he came back as a skeleton. Brook had his shadow stolen by Moria, but he successfully took it back after meeting Luffy. Only Sanji surpasses his love of women, he loves making bone-based puns.

Brook fights using high-speed fencing swordplay, freezing his enemies, putting them to sleep, and so on. Included in his bag of tricks is the ability to separate his soul from his body to gain invincibility, or drink milk to restore health. A tricky character indeed!