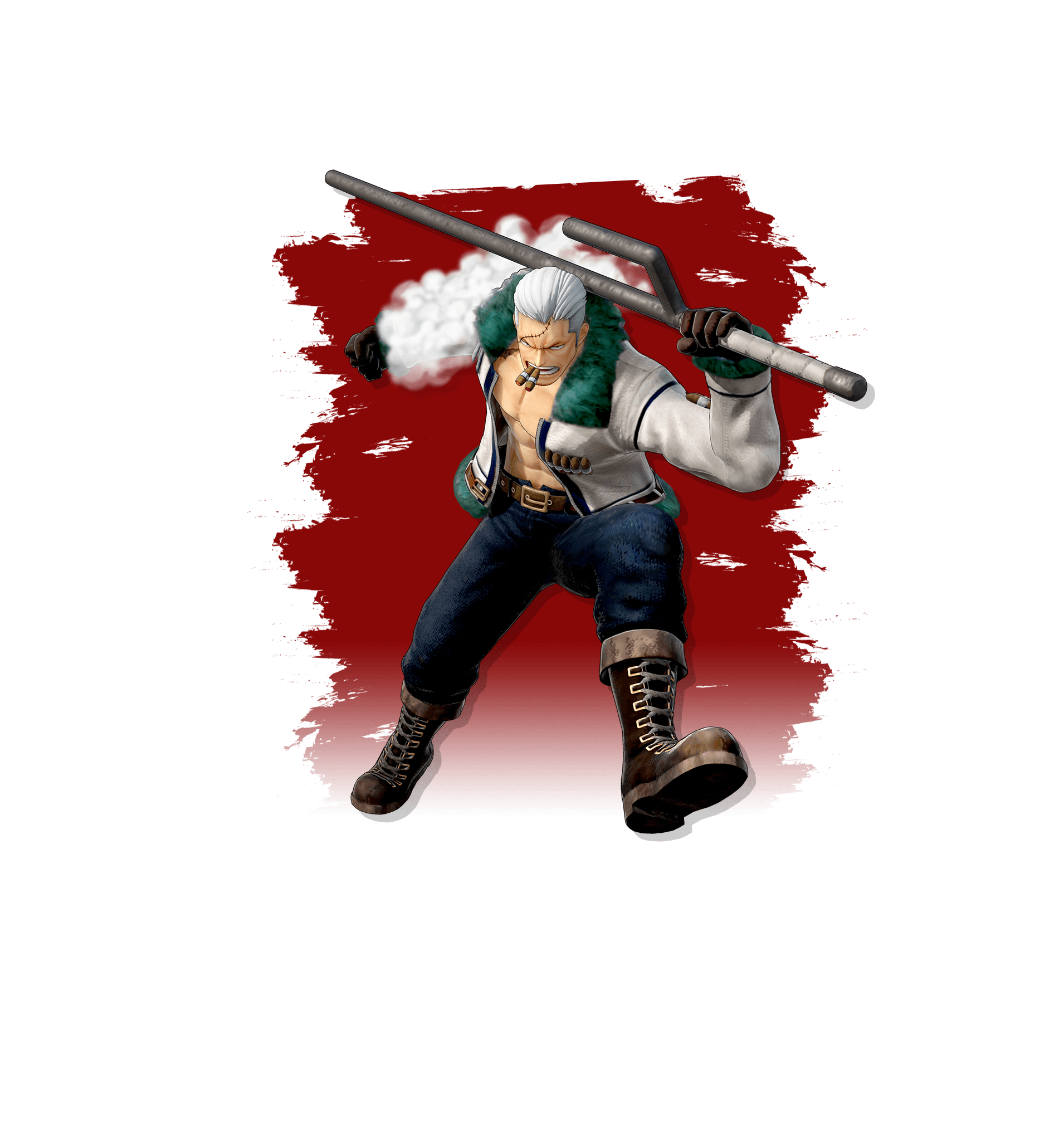 A Navy GL 5th Branch (G-5) Vice Admiral, also known as "White Chase" Smoker. He ate the Plume-Plume Fruit, so can freely turn his body into smoke. His club also has Sea Prism Stone embedded in its tip, which can nullify Devil Fruit powers. Since meeting Luffy, he became obsessed with capturing the Straw Hat Pirates. After the Paramount War, he requested a transfer to the New World to continue the chase, and was placed in the G-5.

Smoker wields the power of the Plume-Plume Fruit. Enemies surrounded by smoke from and airborne can then be attacked using a launching attack. He can also use his abilities to fly.