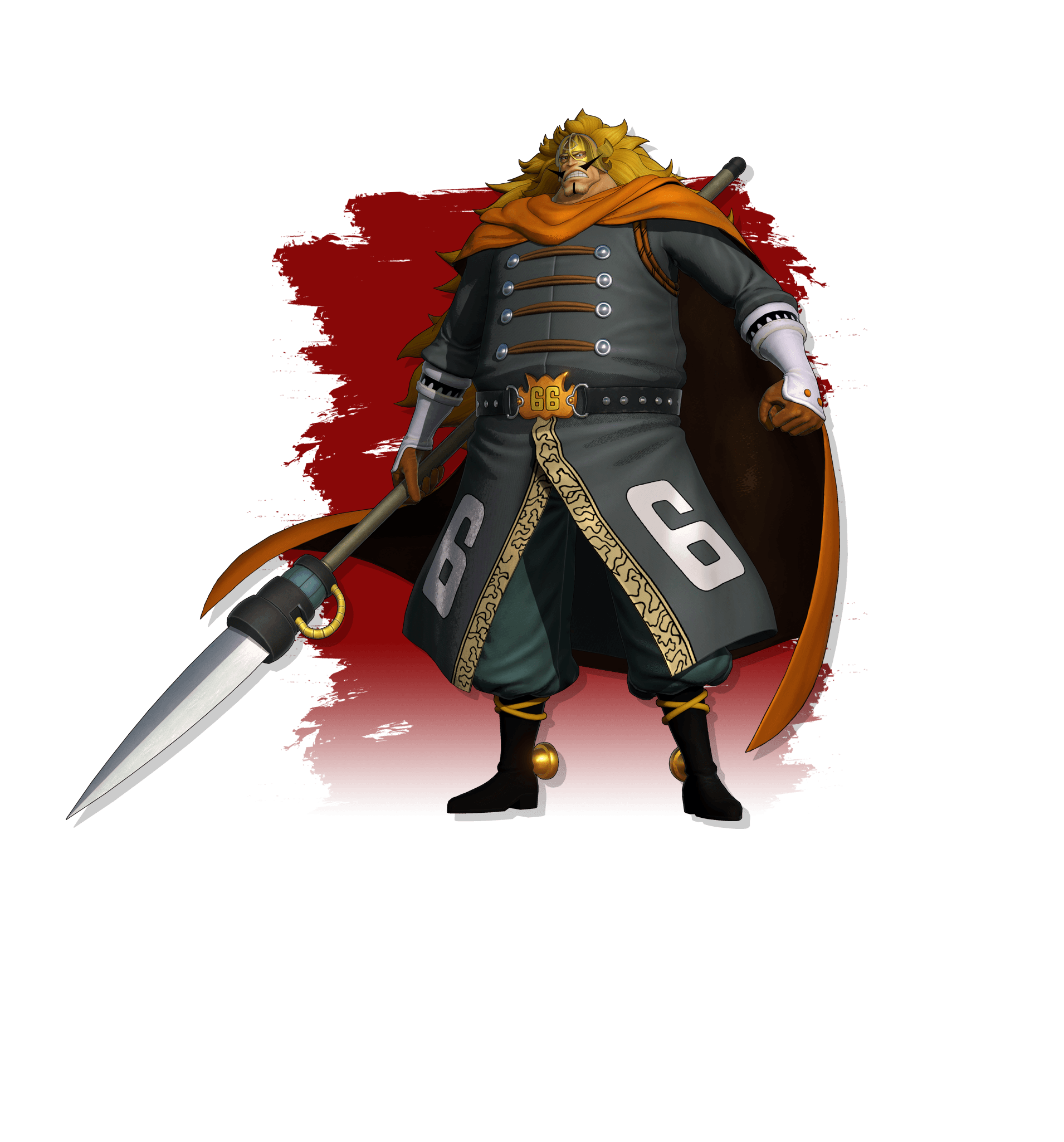 Judge, also known as Garuda, is the King of Germa and Commander in Chief of Germa 66, a scientific military unit. His dream is to bring the entire North Blue under the flag of Germa, and he's willing to do anything to win the war, even if it means turning his own sons into monsters. He plans to recruit Big Mom to his cause through a political marriage with the Charlotte family.

Judge is a mid-range fighter who can keep enemies at bay with his massive spear, or cloak himself in electricity and charge at them!
Use the Power Dash to keep foes at a controlled distance!