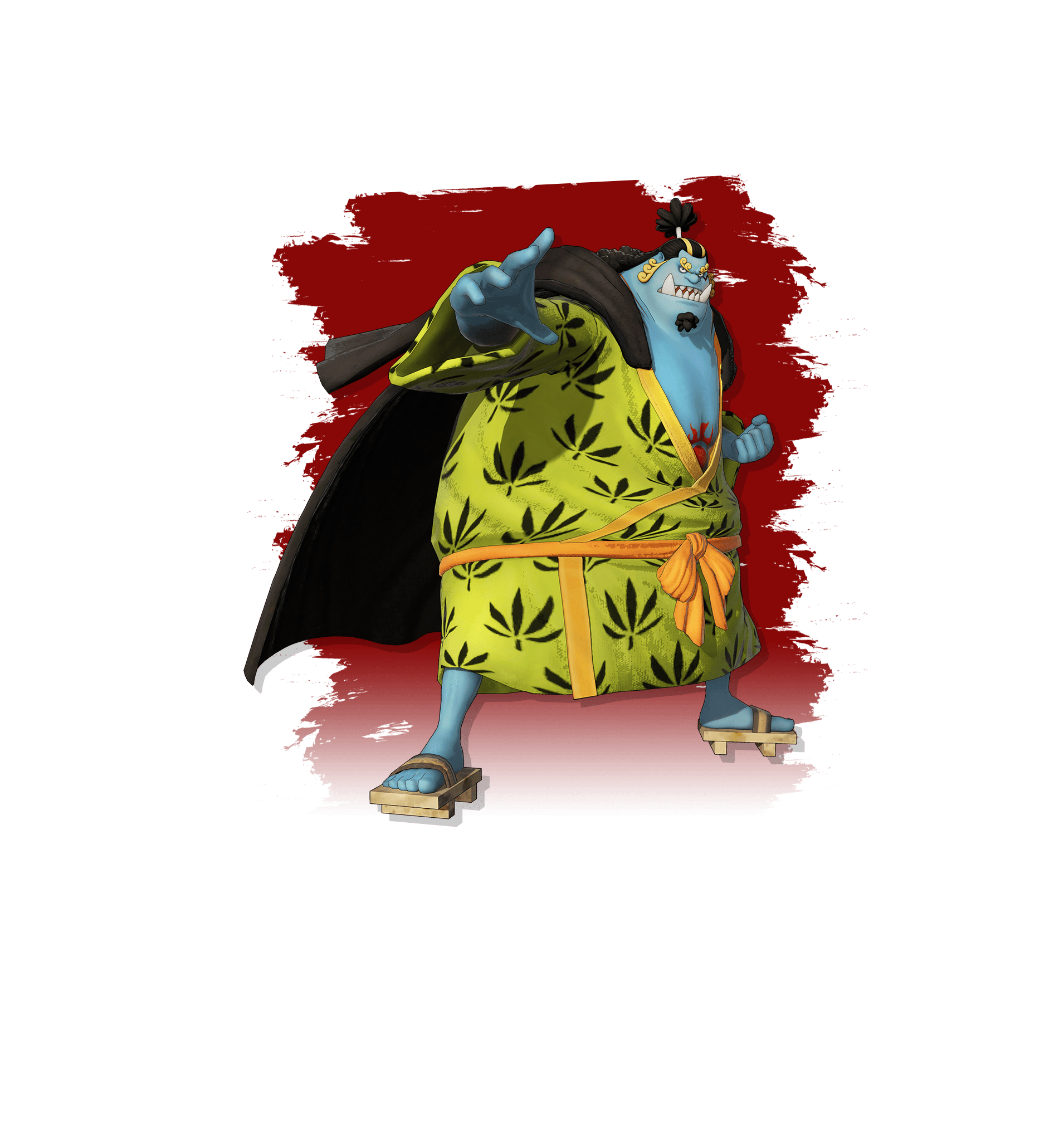 A whale shark Fish-Man. Also known as "First Son of the Sea Jimbei." Formerly one of the Seven Warlords of the Sea. He uses both Fish-Man Karate and Fish-Man Jujutsu. When his homeland of Fish-Man Island was being attacked, Whitebeard protected it, for which Jimbei felt a great debt. When Ace was leading his own pirates and made an attack on Whitebeard, Jimbei was the one who fought him to a standstill.

Jimbei is a skilled user of Fish-Man Karate and Fish-Man Jujutsu, and has a powerful distance attack that blasts water at enemies. He is best used with ranged attacks and charges at first, before getting in close and defeating the enemy with martial arts techniques.