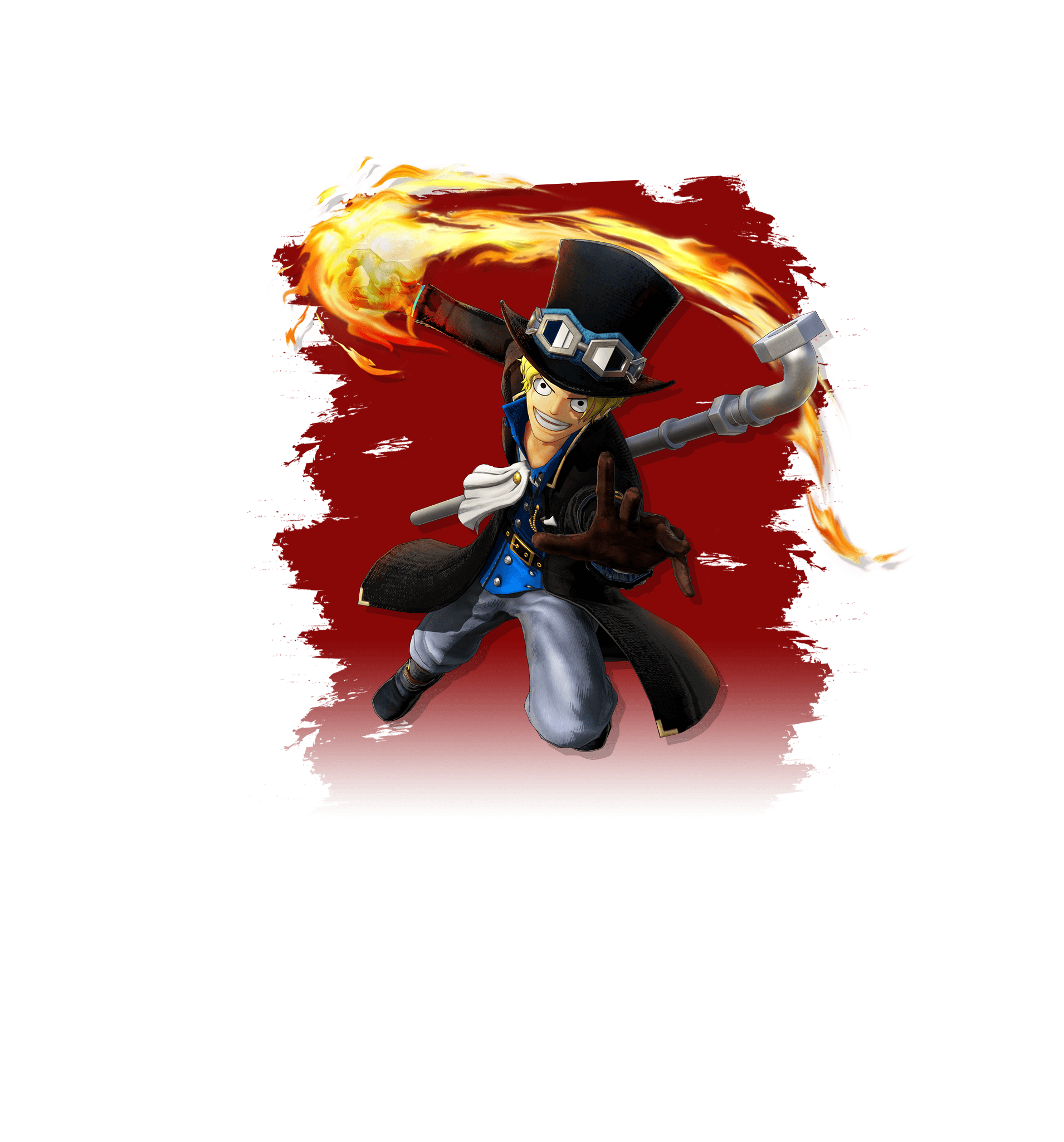 The Revolutionary Army General Chief of Staff. Luffy and Ace’s brother. Born as a noble of the Kingdom of Goa, he came to hate its corrupt aristocratic society and set out for the high seas. He is a Haki user, and his weapon is his beloved iron pipe that he has been using since childhood, as well as a strong grip technique that he calls the Dragon’s Claw. He inherited Ace's Flame-Flame Fruit power.

Sabo wields the flame power of the Flame-Flame Fruit and the Dragon Claw Fist technique using his Haki. Versatile, he has a wide range of techniques to tackle different situations, such as a wide-range attack with a stream of burning flames, or a concentrated attack with a flowing series of martial arts moves.